The Dark Matter Stealth Gets A Significant Upgrade

Tweek Geek has been manufacturing Jack Bybee's power conditioner under license for over 10 years now. It has undergone so many changes that it is unrecognizeable from the first conditioner Jack B. produced. In fact the first conditioner consisted of inexspensive wire, three bybee purifiers, a surge protection circuit and 4 Hubbell AC receptacles in a wooden box. 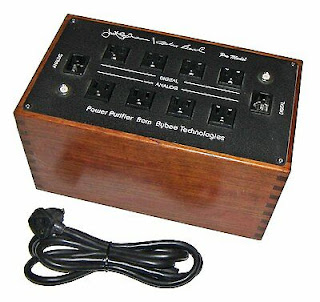 Not only have Jack's original AC Purifiers improved greatly, and I mean GREATLY, but the wiring, receptacles, the addition of other AC enhancing products, advanced filter networks, even the chassis have improved. You wouldn't recognize it sonically or visually. 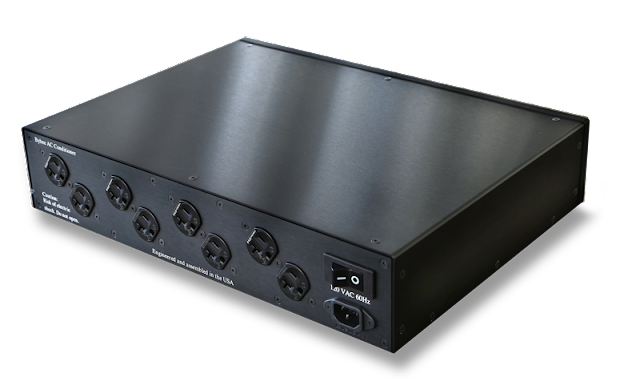 Every change along the way has brought a significant improvement. We were very content with the performance and up until recently, we weren't sure adding more filtering/conditioning devices to the circuit would improve things. Which brings us to now. We have indeed found 2 simple upgrades added in parallel to the circuitry are worthy of being called an upgrade. Read on to find out what they are. 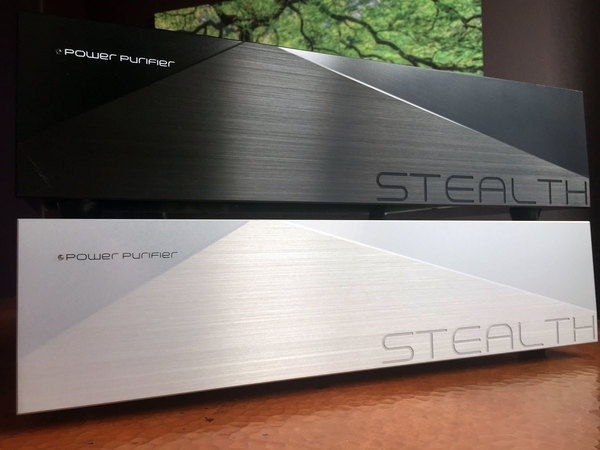 Adding The Bybee V2
The Bybee V2 is the latest device to come from the mind of Jack Bybee. It's totally passive, meaning it does not need to be soldered into a circuit to be effective. It is a small device that has a tiny amount of current running through it in order to generate a consistent field effect. That current is provided by 2 watch batteries and is said to have a life of over 20 years. We place the V2 inside our conditioner, after all other series level power filtering and conditioning has been performed, and right before the power goes to the Furutech GTX-D NCF outlets. 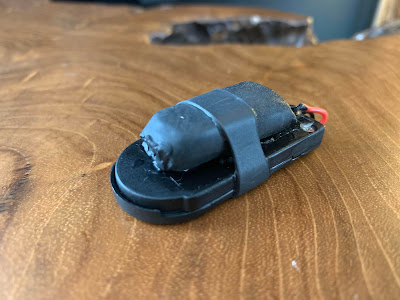 Bybee V2. Ugly, But what it does for the sound will astonish.

Adding Dark Matter Qubes
DMT stands for Dark Matter Technologies. This is my invention. Jack helped me develop it. It comes in a few different formats, strengths and sizes. From the Qube to the Mandala.  We use the Qubes inside the Stealth. Placing one on each AC receptacle, another on the power inlet, and two more on top of the epoxy box that holds the Bybees and other filter networks.

The Results
I am not going to post an upgrade to a product unless it is significant. As tempting as it is to make a small change to make something "old" in the audiophile world "new", I can't do that. I want this to be a worthwhile upgrade to owners of the previous generation, and for new owners I want this to create an irresistible value proposition.

For existing owners looking for a word to quantify the end result of the upgrade, shocking would be the word I would use (no pun intended...). I would explain it like this: Remember the first time you heard what a Bybee Purifier or tweak could do? How it opened up your audible world to new details, and levels of musical enjoyment. It's like that, again...

Breaking it down
I want to be clear on the improvements you will hear over your existing Stealth, or in comparison to the last generation.


Bottom line - In my opinion, this upgrade doubles the effectiveness of the Dark Matter Stealth. I can think of no better way to improve any Dark Matter Stealth owner's system. If you don't own a Dark Matter Stealth, now would be a great time to consider investing. I say with complete confidence that this is one of the best power conditioners on the audiophile market today.
Posted by tweek geek at 12:51 PM No comments: Links to this post

Get Tweek Geek Speek in your Inbox